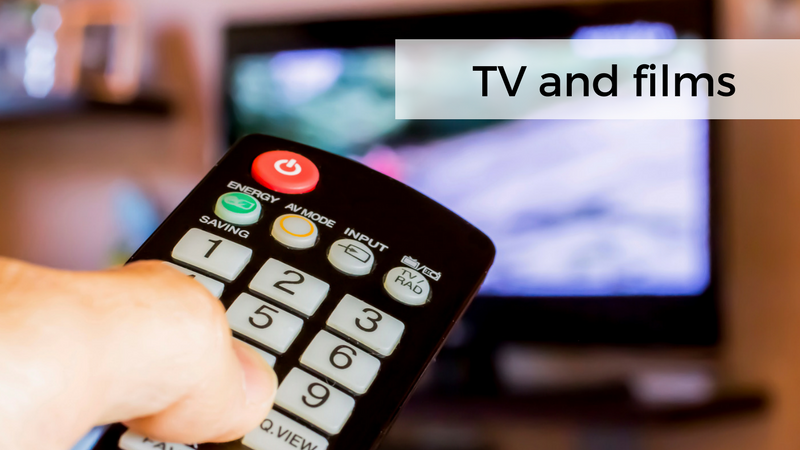 Ready to start watching the most recent American films in their original language? Well then, pick up a few new DVDs and get comfy on the couch at home. . .here are a few films from 2014 you may find interesting:

1. The Wolf of Wall Street, by Martin Scorsese, starring Leonardo di Caprio in a cunning, ambitious role. This powerful film is based on a true story.

2. Saving Mr. Banks, by John Lee Hangkok, with Tom Hanks and Emma Thomson, is a splendid film with great characters from Walt Disney, and from same writer as Mary Poppins; also based on a true story, although it has been dramatized.

3. Inside Llewyn Davis, by Ethan and Joel Coen, narrates the life of a singer in New York before the days of Bob Dylan; a great production from the Coen brothers.

5. Nebraska, a touching, melancholy film, with a hint of comedy.

6. Dumb & Dumber To, from Bob and Peter Farrelly, after twenty years, the two original actors are back and have us rolling on the floor laughing in this episode of the trilogy. Jim Carrey and Jeff Daniels are crazier and funnier than ever. . .

7. Sin City, a Dame to Kill For, by Frank Miller and Robert Rodriguez, tells the stories of six characters whose lives are intertwined.

8. The Other Woman, directed by Nick Cassavetes and starring Cameron Diaz, tells the story of Carlie, a career woman who recently fell in love with the man of her dreams. . .and will soon discover that he is married to a woman who is sweet, simple, and a bit naive. . .through their struggles a beautiful friendship is formed!

9. Maleficent, from Robert Stromberg, starring Angelina Jolie as the wicked witch in Sleeping Beauty. The story is already well-known, and has been adapted and re-written from Malificent’s point of view.

10. Gone Girl, a film by David Fincher, with Ben Affleck as the husband in a troubled marriage. While also dealing with a financial crisis, his wife disappears on the day of their fifth anniversary.