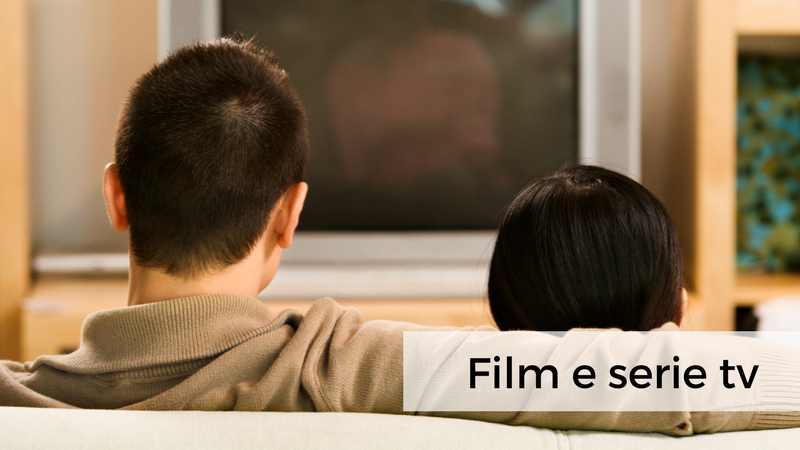 Here are some of the most popular and widely viewed TV shows – not just in America, but also in Italy. Watching them in their original language will help you become more fluent in American English.

1. The Big Bang Theory, now in its eighth season, this is a great series. It’s particularly popular in the United States, but maybe a bit less so in Italy. It tells a story we all know: four nerdy guys are renting an apartment on the same floor as a beautiful girl who is simple, cheerful, and will win them over.

2. Two and a Half Men, another fun sitcom with Charlie Sheen in the role of a charming bachelor living with his nephew and brother, who is his complete opposite, and whose wife recently left him. . .

3. NCIS, when a Special Agent learns of a homicide, Gibbs’ whole team is on it. Through interrogations, forbidden romances, as well as high-tech scientific research, they’re all working towards the same goal: finding the killer.

4. Grey’s Anatomy, the intertwining stories of aspiring doctors as they explore diseases, challenges, love affairs with nurses and supervisors, and caring for people of all ages, ranging from those who were just born, to those who are dying. . .after all, who hasn’t heard of the adventures and misadventures of Meredith and her Dr. McDreamy?

5. Breaking Bad, raw, merciless, yet shockingly realistic. . .a shy, introverted chemistry teacher learns that he is dying, and doesn’t want to leave his wife and children with nothing. Thus begins his career as a meth dealer and producer, which he excels at due to his attuned knowledge of chemistry and the help of a former student, Jesse.

6. Game of Thrones, a story set in a fictional medieval world, where the ruthless struggle for power trumps human dignity and no one is spared – not even children, the weak, or the poor. It may be a bit on the violent side, but is becoming increasingly popular in both the USA and in Italy.

7. Lost, after a plane makes a crash landing on a desert island, only a few have survived, and will soon realise that they’re castaways on a very particular island. . .

8. The Walking Dead, a different world, a time when zombies reign over a land that is now absent of the humans from an earlier time. Disturbing and a bit gory at times, but the series has nonetheless attracted many viewers.

9. House, blunt and cheeky, a man who’s so obnoxious and irritating, but also incredibly brilliant, an expert in diagnosing patients, above anything else. This is just the kind of grumpy doctor you’ll wish you knew when you get really sick and no one can figure out what’s going on. . .

10. The Following, followers of a notorious serial killer learn and model after him as they brutally kill their victims. . .this is the story of a network of psychopaths who are always ready to attack and slit the next person’s throat.